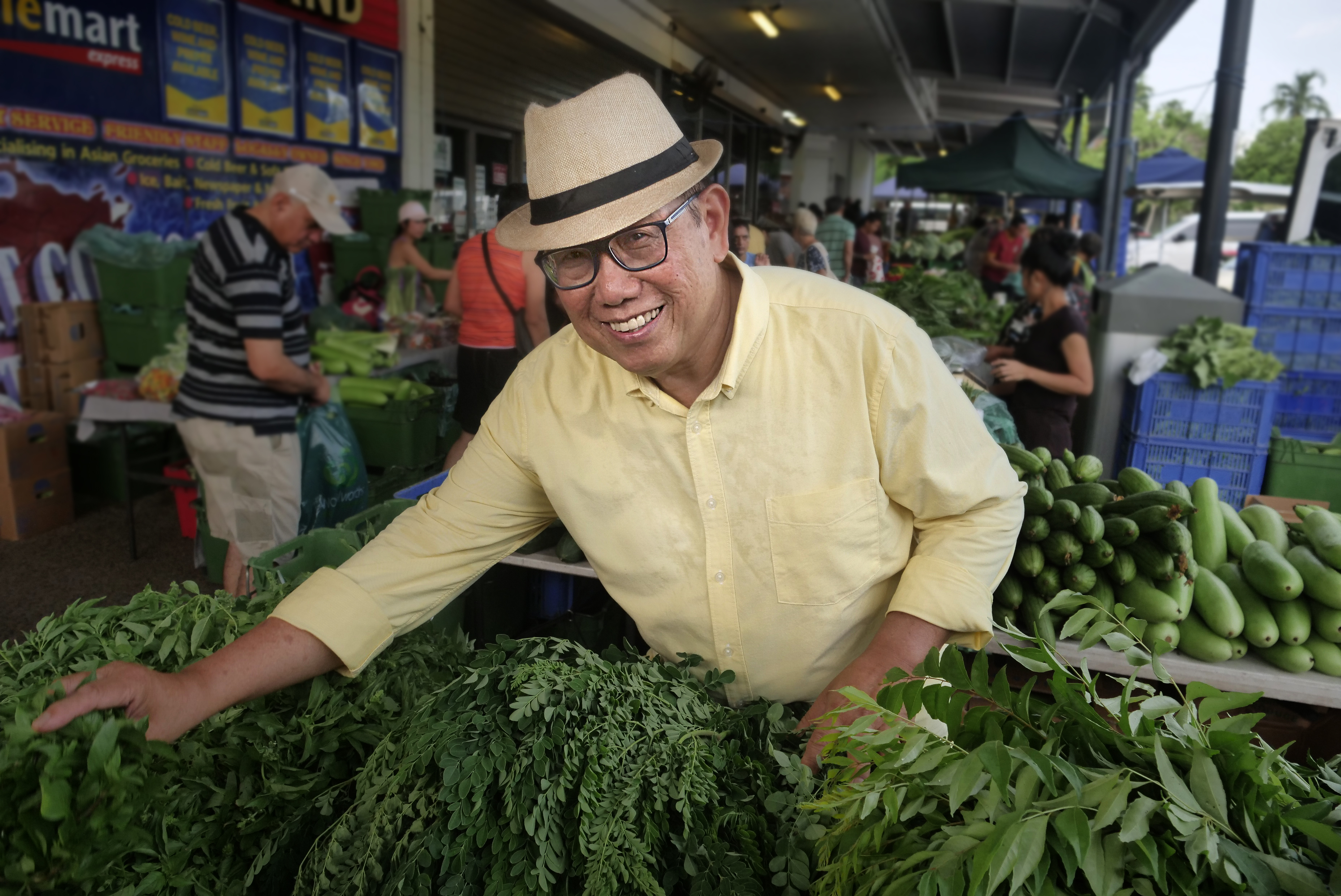 Jimmy Shu’s Taste of the Territory

Jimmy Shu’s Taste of the Territory takes you on a culinary journey to the multicultural melting pot of Darwin and the Top End.

Jimmy Shu’s Taste of the Territory is an 8 x 25min series that takes you on a culinary journey to the multicultural melting pot that is Darwin. We will explore an incredibly diverse food scene, unlike any other in Australia through the sights, smells, breathtaking landscapes and stories of the Top End’s most celebrated and hidden foodies. From renowned chefs to the street food of the famous Darwin markets, the resilient produce farmers, amazing Indigenous bush foods to the food obsessed local home cooks, Jimmy Shu’s Taste of the Territory takes you on an adventure to meet the region’s most fascinating people through their love affair with food.

With his enthusiasm for the tastes of the Top End, chef, restaurateur and self-described 'passionate foodie' Jimmy Shu is an ideal ambassador for the Northern Territory. Which is probably one of the reasons that Screen Territory helped to develop and produce this eight-part series that showcases the assets of a region that Shu describes as a cultural and culinary melting pot: 'one of Australia’s best-kept secrets'.

Another delightful addition to SBS’ impressive local food library. In this one, chef Jimmy Shu describes the Northern Territory food scene as one of the country’s best-kept secrets. And he’s not wrong. Wildly multicultural, with a rich indigenous culture and access to a huge array of produce, it’s a hotbed of interesting and adventurous cuisine. But too few people think of it as a food destination. The perfect time to daydream about/plot a visit to the tropical north.

Not only does Shu share his incredible knowledge of local produce, but his insightful chats with farmers and foodies form a fascinating picture of modern Australia.